Listen to a Transylvanian Rock sound born on the streets of Chicago! Experience a different musical perspective about life through the eyes of a faraway mysterious land overlooking Carpathian Mountains of Romania, where legend, mystery and reality are often found to be part of a daily routine.

The complexity of this cultural conversation was enriched by the band members’ immigrant experience to U.S.A.! The need for self-expression during the twists and turns of the process of assimilation gave rise to Vox Maris Band and their first album, “Calatori Prin Vise ( Travelers Through Dreams)”, released in November 2015. Their music has been enthusiastically received by Romanian-Americans across the US, attracting a new base of fans that discovered their inner voice within the album’s lyrics and music. The growing popularity enabled Vox Maris to tour all around the United States, receiving invitations from Chicago, Portland, Houston, New York, St Louis, and LA- sharing the melodies about freedom and dreams with all.

Four years after their first release, a new set of questions that have set in that require a new set of musical answers to be unleashed. The band’s second album, called “Paine si Sare ( Bread and Salt)”, touches on several subjects related to the shared experience in between seemingly different worlds. Bread and salt are viewed as a symbol of welcoming into one’s home, a joyful sharing of those elements essential to life. At the same time, these items bring forth an awareness that simplicity and core values are the fundamentals of true fulfillment. Ancient wisdom passed along through generations is used as guidance to navigate through the challenges of the modern world. Love, family, awareness of reality, and tradition are some of the subjects touched upon by the songs on the new album, employing a diverse sound that resembles their own version of “ Transylvanian Rock”.

Following the continuously evolving story of the “American Dream”, the album “ Paine si Sare” is intended to enrich the American experience with a mature set of questions and observations related to the daily pursuit of happiness.

The questions and answers found in these songs have been informed by struggles throughout history that have overcome. There is a subtle sense of positivity in the old saying: “The more things change, the more they stay the same!”. Music is a common thread throughout all of this, the only constant that can be understood regardless of language or ethnicity. Vox Maris Band “rocks on” to continue sharing this story.

Vox Maris, a Romanian immigrants band, came into existence in Chicago in 2011, as a need for self-expression during the integration process in the American life . The band was welcomed with open arms by Romanian communities in the American diaspora, being invited to participate in multiple events organized in areas where Romanians have settled in. A musical style called “Transylvanian Rock” has emerged as a natural progression to the fusion between Romanian traditions and the constantly evolving modern American music scene. The band members have a diversity of musical backgrounds, ranging from well-known Romanian bands to classic Anglo Saxon rock all the way to more modern, up to date tunes. In 2015, Vox Maris Band released their first album entitled "Travelers through dreams" (“ Calatori Prin Vise”), reflecting the inner experiences of the Romanian emigrant in the New World. Currently, the band is in the process of releasing a new album called “ Bread and Salt” ( “Paine si Sare”) and is planning  a series of live concerts in several major cities in the US.

Dan Rizo – the group’s ‘philosopher’, the band’s drummer, was born in Deva. In high school, he started the ‘Atomic’ band. He got established in America and a few years after his arrival, he met Adrian Nechiti, next to whom the music started to come alive, while they were playing music in his basement. Deep Purple, AC/DC, Metallica, Celelalte Cuvinte, Compact, Iris where a few bands that influenced Dan, and made his life more beautiful. He is married, and has two children and his other passions are philosophy, sociology, history, politics, ecology, social justice, literature, nature and self-development. He lives in the moment without giving the future to much credit. ‘For me being in Vox Maris band is doing what I love and love doing it! My philosophy in life is ‘what do you do when you’re doing what you’re doing?’ find the answer to that question and you find the meaning of your life. Simple…

Dan Paduraru the band’s lead singer was born in Galati, Romania. In his adolescence, he became part of his first band , Antares, being influenced by The Beatles, Elvis, and multiple bands from the American rock scene. At 19 he joined another band named Procontra, where  Phoenix, Iris, Compact, and Dire Straits were his main role models. Later on, after arriving in the to the U.S. he became a founding member of  Vox Maris Band. He is married to Mirela, who he loves very much, and has two children Stefan and Diana. Dan also loves being out in the nature, where he gets his inspiration for new songs he brings to the band.

Adrian Nechiti – the leader of the band and the band’s guitarist and vocal soloist, with a calm manor, meticulous, by profession an engineer, Adrian is unquestionably the best when comes to the technical aspects of Vox Maris’s band. This is what Adrian has to say about his life’s journey in music: ‘One of my biggest life’s wish was to learn how to play the guitar. I went up on stage in 1990 during a folk festival, and I kept performing in concerts from time to time in different cities in Romania. In 2001 I arrived in Chicago together with my wife Claudia. In 2006 Bianca, the treasure of our life, showed up in this world. After being away from music for a while, in 2008 I returned to it, with my good friend Dan Rizo. In 2010 I got connected throughout music with Stefan Cristoltean, Dan Paduraru, Dan Matache si Marcel Vinesar. And because nothing just happens without a reason, the music and the positive energy created by our songs, all this united us in one family: Vox Maris Family!...

Decebal Sorin Griza was born and raised in Resita, a town in the Romanian Banat region, at the foot of the Semenic mountain.

He started to study guitar at the age of 12, at the local School of Arts, then kept playing at various venues, with friends and colleague students in high school, then during college years, when he moved to Timisoara.

Since he relocated to the States, he took a long brake from playing, focusing on family and livelihood. His vivid love for music of all genres and for playing guitar remained unchanged in time, and, several years ago, he joined Cenaclul RETRO, a group that is aiming to promote Romanian music and literature within Romanian community.

Recently in 2021, he was co-opted into Vox Maris Band as a bass player. He really enjoys working with his teammates on the songs from the past albums, as well as on new compositions and covers that will be integrated into future projects. It looks like by joining the band, Sorin seemed to have found the ideal chemistry, given by the opportunity of sharing similar cultural values and preferences in music with his other friends within the group.

My attachment to music came at a very early age, with both parents aspiring musicians and avid record collectors.

In my teens, Metallica, Megadeth and Pantera busted right into my Gangsta Rap life and I was hooked. An innate thirst to assimilate all those wicked metal-riffs sent me flying to the guitar.The bond was formed! Ever since, the guitar has been my best friend (sorry other friends...!).

I met the Vox guys five years before I joined them. Always a fan. Time finally ripened and here we are... any fan's dream!

Cheers to many years of good times and great music!!!

You can listen and buy our album on Cd Baby!

The songs are available for purchase.

The songs are available for purchase!

WE CAN SAVE THE WORLD 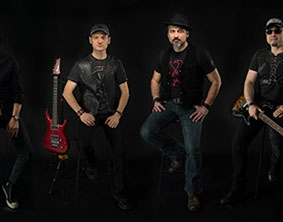 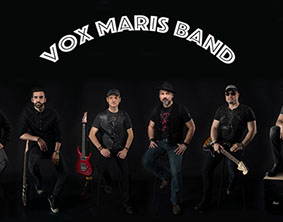 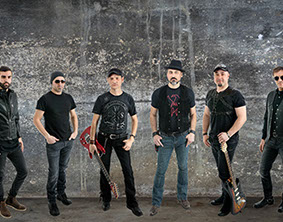 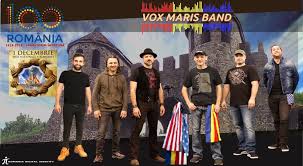 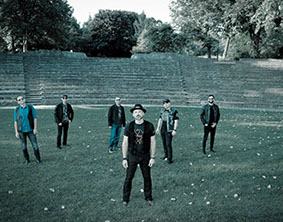 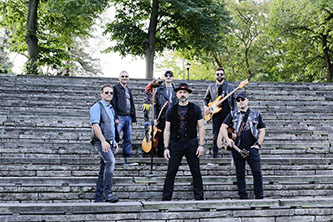 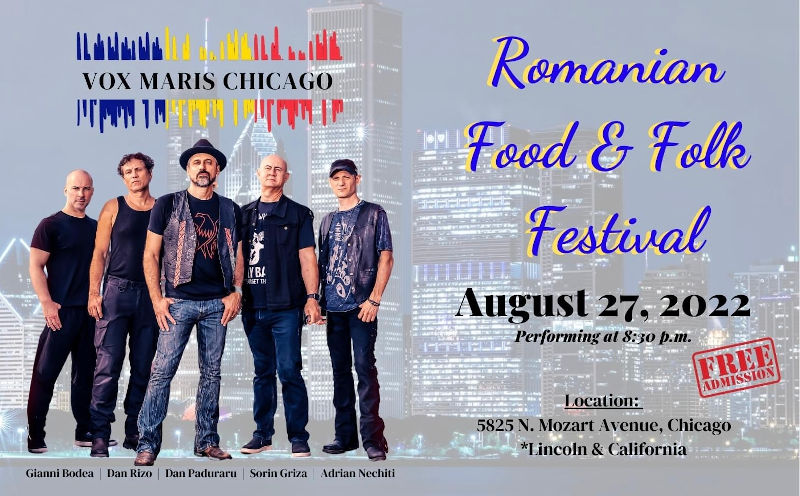